A thirteen-year old Stanko witnesses his father, a basketball coach, being beaten up after an important game (1991). The father soon dies of injuries sustained. The club management forces Stanko and his heavily pregnant mother to move out of the family apartment. Stanko recognises one of the club managers as his father’s murderer and swears that one day he will have his revenge.

Five years later (1993), Stanko is the frontman of a popular Montenegrin band with a hit single.  Stanko’s younger brother Vojo, born after their father’s death, adores his elder brother. Few day before Stanko turns eighteen his mother finds a gun hidden in his belongings. For fear that he may commit a crime she reports him to the police, who arrest him. His father’s murderer, now an influential politician, threatens Stanko with prison, or army (these were war years in former Yugoslavia) – offers a “painless” solution: Stanko is to leave the country. Stanko consents and leaves.

Eleven years later we find Stanko in a famous London music studio, making a record with famous musicians. During the break, in the studio, he watches the finale of European Waterpolo Championship (2008) in Spain on TV. Montenegro wins. While he celebrates, among the officials celebrating Montenegrin victory on TV, he recognises his father’s murderer. This reminds him of the unfulfilled pledge. Without an explanation, Stanko leaves the studio and heads back to Montenegro to complete his wow. But once he lands, he finds that nothing is the same as he left it, the town, or people.
His younger brother Vojo (16) is excited to see him. Stanko finds that Vojo has a few problems he can’t fix himself so Stanko tries to help him, postponing the revenge. Stanko emerges to his brother as a man very different to what he imagined, with dark past, and whose actions caused problems for many.
That same night, Stanko and his father’s murderer finally meet.

Will Stanko find his revenge…? On the other side of town, will Vojo and his girlfriend find their needs..? …and what is the price of being filled with satisfaction? 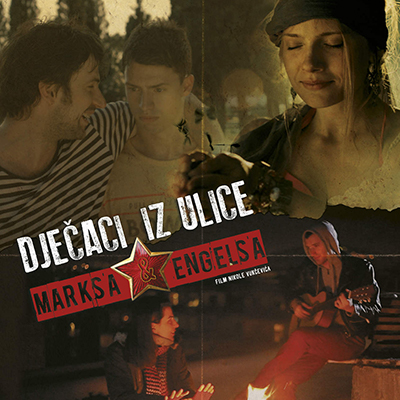